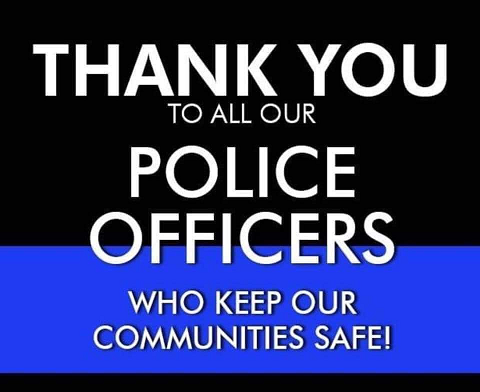 A woman in her 70s has suffered ‘life-changing injuries’ after being savaged by two dogs in Blackburn.
Paramedics and police were called to reports of an assault around 2.30pm on Tuesday 14 June. The woman was attacked by the dogs in the front garden of an address in Devon Road.
Lancashire Constabulary said the dogs, believed to be a pitbull-type breed, have been seized from their owner. An investigation is underway and no arrests have been reported.
The woman suffered serious head and facial injuries and was taken to Royal Blackburn Hospital for treatment.

Det Sgt Peter Davies, of Blackburn CID, said: “We can confirm we are investigating a dog attack in Blackburn.
“The woman involved was believed to be a making a delivery to the address when she was attacked. She has suffered significant, life-changing injuries.
“Our thoughts are with her and her family at this time. The dogs involved have been seized and an investigation into the circumstances around the attack is underway.
“Anyone with information can contact Lancashire police or email [email protected]

We need your help locating Mark Nieuwoudt, 54, who is missing from the Harrogate area with serious concerns for his welfare. He was last seen yesterday and may have boarded a train from Harrogate. He is 5ft 10″ and may be wearing a short black jacket and brown suede boots.

Anyone with information regarding his whereabouts should contact North Yorkshire Police, REF: 030620220249. Let’s get this man found and home to his family.

UPDATE: Mark has now been missing 5 days and while police investigations are ongoing there have been no confirmed sightings. If anyone has information regarding his whereabouts it is vital you reach out to the police with the reference number above.

Fast-acting officers have recovered a stolen van which had four dogs inside it.

We received a call reporting the theft of a van from #Chigwell shortly after 11am this morning, Thursday 9 June. The owner of the van also reported four dogs were inside the van at the time.

Officers responded and carried out a widespread search of the area.

The vehicle was located in #Woodford shortly before 12pm this afternoon, with the dogs inside.

Once the vehicle was secured, officers forced entry to the van to make sure the dogs were OK.

Thankfully they appear to be unaffected.

The owner has been updated.

No arrests have been made and our enquiries are ongoing.

Fast-acting officers have recovered a stolen van which had four dogs inside it.
We received a call reporting the theft of a van from #Chigwell shortly after 11am this morning, Thursday 9 June. The owner of the van also reported four dogs were inside the van at the time.

Officers responded and carried out a widespread search of the area.

The vehicle was located in #Woodford shortly before 12pm this afternoon, with the dogs inside.

Once the vehicle was secured, officers forced entry to the van to make sure the dogs were OK.

Thankfully they appear to be unaffected.

The owner has been updated.

No arrests have been made and our enquiries are ongoing.

Officers who have responded to an incident involving a dog in East Dorset are issuing an image of the animal in a bid to trace the owner.

Dorset Police received several calls from 7pm onwards on Saturday 14 May 2022 reporting a loose dog in the road in the area of Horton Road at Three Legged Cross, causing a hazard for traffic.

Further sightings of the dog were reported on the A31 near Ashley Heath.

Inspector Tracy Santoni, of Dorset Police, said: “The dog has been showing signs of aggression as members of the public or officers try and approach it, so we have been unable to take it to safety.

“We are issuing an image of the dog as we are keen to trace the owner of the dog, so they can assist with recovering it safely.

“I would ask anyone with information relating to the owner of this dog to please contact us.”

Anyone with information is asked to contact Dorset Police at www.dorset.police.uk/contact, via email [email protected] or by calling 101, quoting incident number 14:635.

A couple who fraudulently sold poorly puppies as healthy home bred dogs to members of the public, have been ordered to pay back over £21,000 to their victims. A joint investigation by the RSPCA and West Mercia Police led to The Confiscation Order.

McDonagh was sentenced to two years imprisonment suspended for two years as well as a community order.

Burton was sentenced to six months imprisonment suspended for 12 months.

Both were also found guilty of offences under the Animal Welfare Act, for which they also received suspended sentences to run concurrently.

The investigation found that the pair had advertised puppies for sale in the Manchester and Telford areas, claiming they were homebred, healthy and socialised.

The puppies were sold from a different address, using false names and sometimes false paperwork.

A number of the puppies sold became sick shortly after they were bought and died.

Other puppies did survive but required intensive veterinary care.

The puppies were found to have been bred in completely unsuitable conditions in circumstances that did not match the expectation of those who were induced to buy them.

McDonagh was ordered to repay this amount within 28 days or face time in prison.

A nominal order was made against Burton as she was found to have no assets available at the time of the hearing.

Detective Inspector Emma Wright, of the Economic Crime Unit, West Mercia Police, said: “This judgement means that McDonagh faces prison if he does not pay back the people he defrauded.”

“Should McDonagh and Burton be found to have further assets in the future, they will be required to keep making payments until the total benefit of £175,000 has been repaid.”

“This case show that those who commit serious fraud will be tackled by West Mercia Police and other partner agencies.”

“We will both bring them to justice and remove the proceeds of crimes to compensate victims.

Police are appealing for information after a rare newborn lamb was stolen from a therapy farm in Bristol.

The Soay lamb had been born at Elm Tree Farm in Stapleton on April 15, but vanished sometime between 4pm on April 18 and 8:30am the next morning (April 19).

Staff found a stock fence had been cut when they did their morning check on the sheep.

On social media staff wrote, “The theft has left the mother Soay and her remaining lamb very distressed, searching for the lost lamb.

“The gap in the fence also left the other sheep vulnerable. As a farm team we’re shocked and upset that someone would do this.

“Without its mum, sadly the lamb’s chances of survival are very slim.”

Soay sheep are listed as ‘Category 4: At Risk’ by the Rare Breeds Survival Trust, because there are only between 900 and 1500 registered breeding Soay ewes.

Elm Tree Farm had recently taken delivery of a small flock of Soays, and described them as a ‘huge hit’ with staff and people supported by Elm Tree.

The 37-acre working farm offers courses for adults with learning disabilities and autism, and is part of the Brandon Trust.

Avon & Somerset Police said, “We’ve received a report of a lamb being stolen from within a field in Park Road, Stapleton, sometime between 4pm on 18 April and 8.30am the following day.

“The lamb was male, with a brown and white face and purple spray on his belly.

“If anyone has information about this theft, please call us on 101 and give the call handler the reference number 5222091987.”

Following a warrant carried out at an address in Capel this morning, a 37-year-old man and a 34-year-old woman have been arrested on suspicion of animal welfare offences and handling stolen goods. Officers seized a total of eight dogs in connection with this investigation, all of whom have been examined by a vet. Two of the dogs have been confirmed as stolen, and will now be reunited with their owners. A stolen trailer was also located at the address. Ownership enquiries will be carried out for the remaining dogs as part of the investigation.

COURT: Father sentenced over dog attack which killed 12-day-old baby
The father of a 12-day-old baby who died after being attacked by his dog in Doncaster has been jailed for four years.
Stephen Joynes, 36, was in the garden of his Woodlands home when one of his partner’s other young children raised the alarm about baby Elon Ellis-Joynes, who had been left inside on his own.
After running into the house, Joynes found Elon seriously injured on the living room floor, with the dog – a Chow Chow / Alsatian cross called Teddy – standing over him and growling.
Emergency services were called to the house on Welfare Road, but despite the very best efforts of paramedics and hospital staff, baby Elon was sadly pronounced dead.
At Sheffield Crown Court today (Thursday 31 March), Joynes was sentenced to four years after admitting owning/being in charge of a dog dangerously out of control, causing injury resulting in death, at an earlier hearing.
The court heard that Joynes had known Teddy was a danger, as he had previously bitten one of his partner’s other young children.
In addition, neighbours had increased the height of their fences to prevent him from jumping into their gardens, having previously been left intimidated when he had escaped.
Detective Chief Inspector Lee Townley said: “This was an utterly tragic incident that left a family and the wider community completely devastated. Any death is a tragedy but the loss of a young baby in such awful circumstances makes this even more upsetting.
“My thoughts and heartfelt condolences remain with the family today.”
Following the incident, which occurred just after 3.20pm on 13 September 2020, Joynes and his partner, Elon’s mother Abigail Ellis, were charged with offences under the Dangerous Dogs Act. Ellis pleaded not guilty to her involvement in the incident and the charges against her were later dropped.
Teddy has been destroyed. 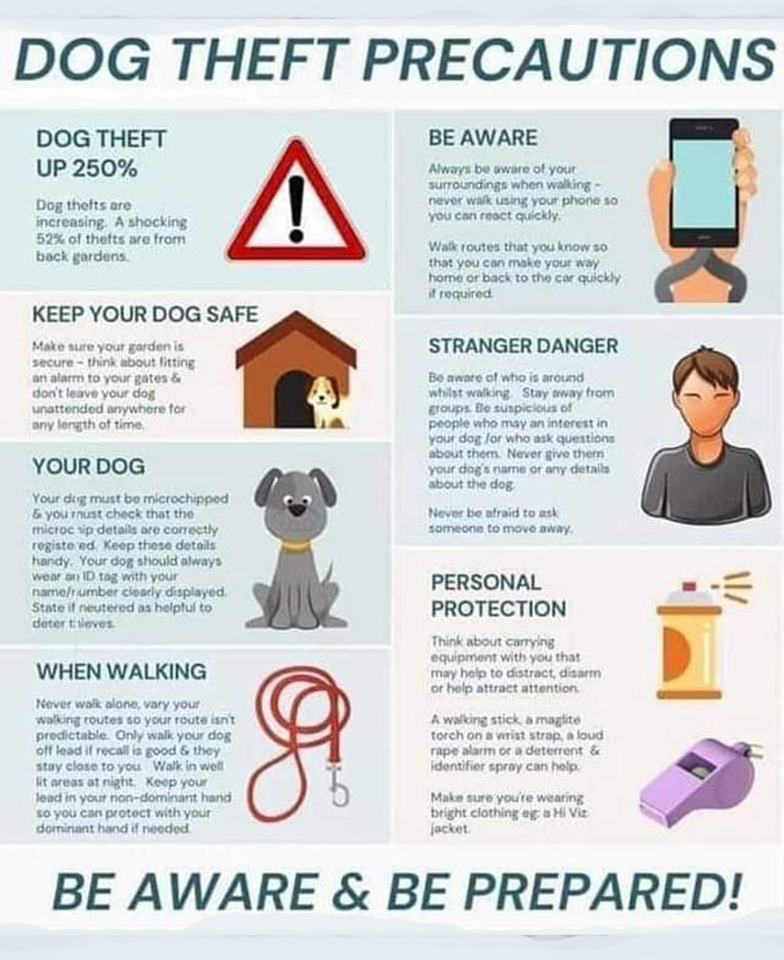 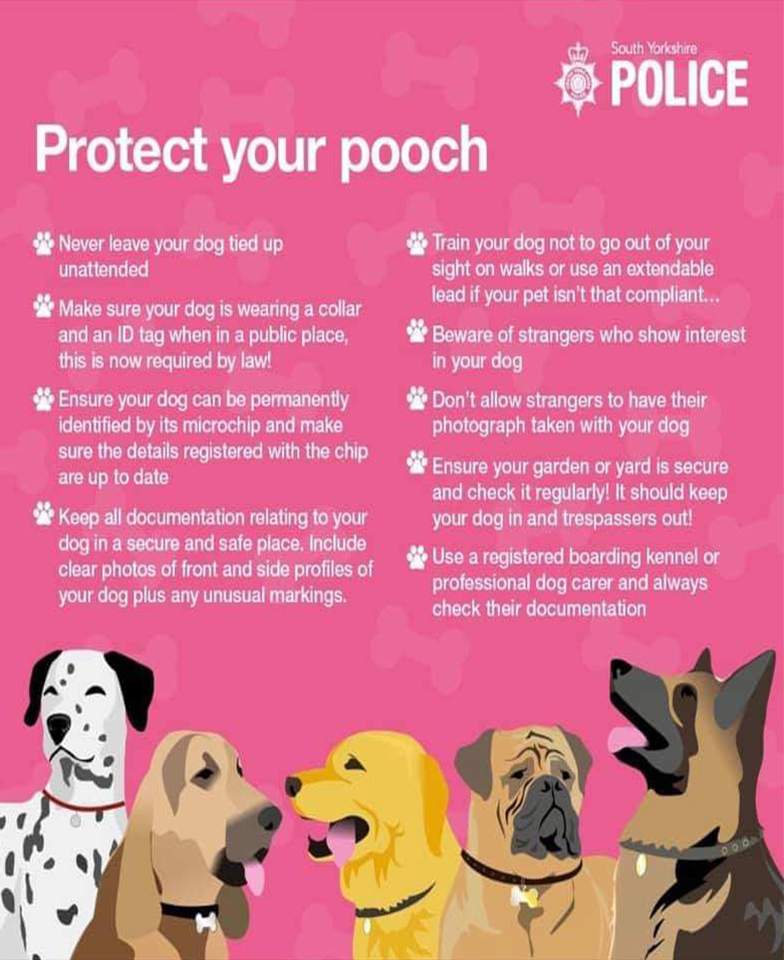