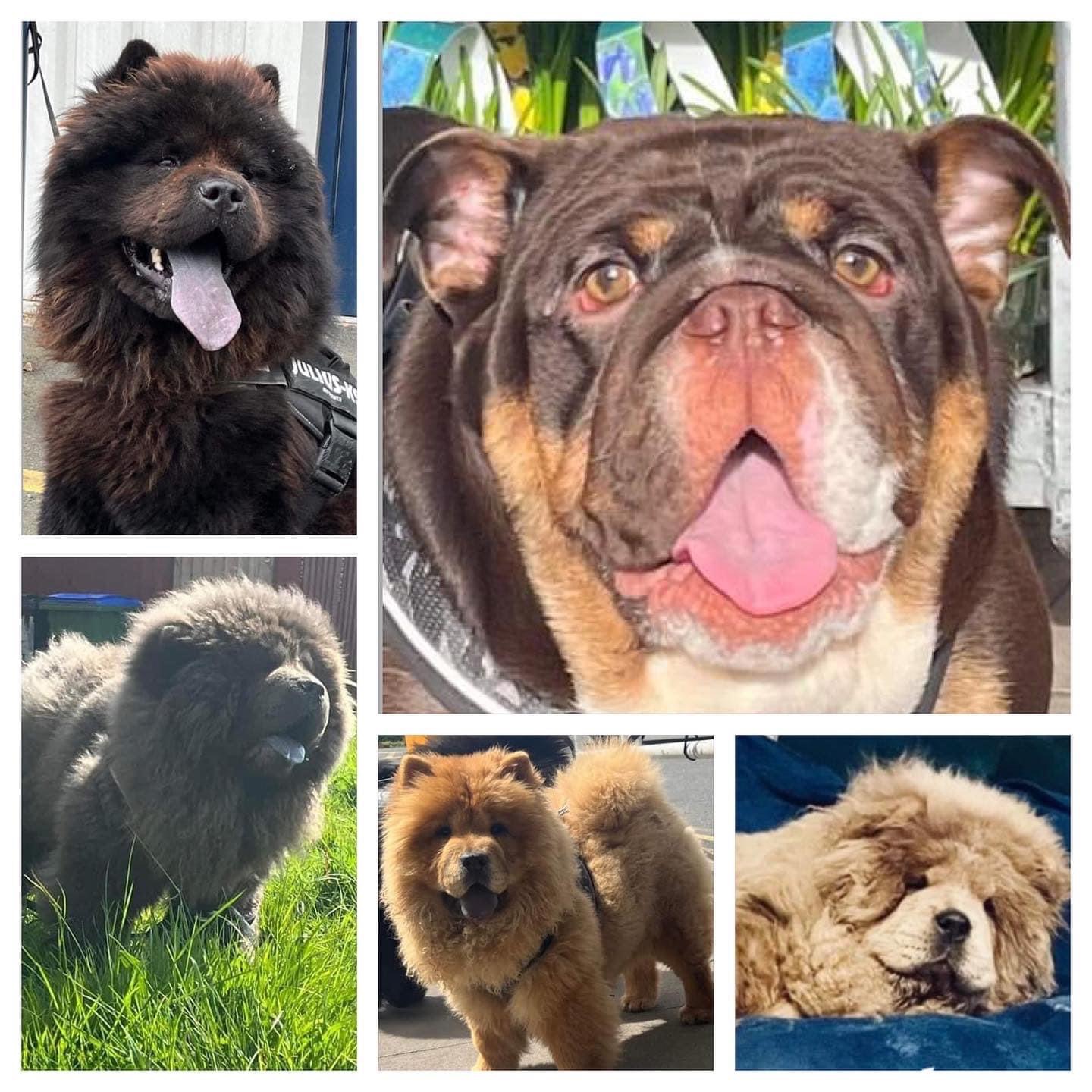 4 Chow Chows and a chocolate Bulldog

Aloofe , Pudding, Pig, Stormie and Rubie were all stolen from their home by masked men on Sunday .

The theives were seen on cctv kicking and dragging the dogs aggressively and throwing them into a white van!

The police have seized the van; but haven’t found the dogs.

Aloofe is pregnant so we are not just worried for the safety of her but also her unborn puppies !!

Please keep a look out they could have possibly been separated!

Pig is a black Chow Chow

Pudding is a chocolate Bulldog

Rubie is a red Chow Chow